Starting the Oklahoma Uprising of 2017!

According to UrbanDictionary.com, the term ‘woodshedding” means: “to practice or hone skills, particularly musical skills…” I like the term because it sums up what i do every winter since becoming a performer. 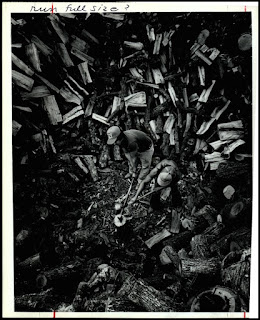 Last August we played our first show as ‘Oklahoma Uprising’ to a crowd of 1000+ at Red Brick Nights in my hometown of Guthrie, Ok as an opener for Travis Linville. Not bad for a debut show, right? While this was our first show under the name ‘Oklahoma Uprising’ it was not our first as a band. Travis, Zach and I had performed many shows together in the past under the name ‘Lower Middle Class’ with other musicians including Terry Floyd, Bryon White (Damn Quails), Nick Lyon (Dead Armadillos) and Scott Carson (Crashlanders). In addition, the three of us have played around the state and region with many other projects. So while the Red Brick gig was our first show as a band, we weren't exactly new to the local music scene.
Nevertheless, we started Oklahoma Uprising as a platform for the songs I have written the past several years. As a new band with fresh material and a fresh approach, we were able to play a few fun shows during the Fall of 2016 including Belle Isle Brewery, Guthrie Escape Festival, SaucedFest, and the Blue Note Lounge. We played some cool venues to welcoming crowds and were able to rebuild ourselves as a new project.
As winter gloomed around the corner, we began to make preparations for our woodshedding. To our friends and family, it may have seemed like we have been idle around the holidays but in fact, we were honing our skills, writing songs, making 2017 plans and working on our debut album.
We have finished tracking 15 songs of which we will choose about 8-10 for the album. We are currently in the mixing phase of the project and I am also planning a launch campaign. It may be another few months before the album is released but we are confident you will be able to own a copy by the time summer comes around. We are recording at the T. Hodge Lodge in Shawnee, Ok. Travis, has the most pro studio gear that I have ever seen in my life. His services are highly recommended. 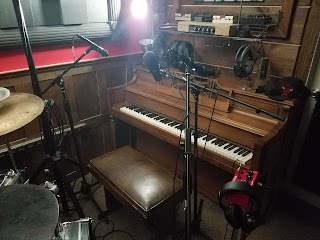 We are beyond anxious to release this new album to you. A few months seems like a long time to wait. Fortunately, we have several exciting shows coming up soon! Here is a run down:
Saturday, January 28th we will be at Anthem Brewing Company from 7-9pm. Anthem is a proud sponsor of many local events, artists, and organizations. In addition to their wide selection of craft beer they have also opened their doors for local bands to perform original music for a crowd of beer lovers. The brewery is just southwest of downtown and within walking distance from the farmers market- just off of I-40. Anthem is making their mark on OKC as one of the most popular breweries in the metro.
The following Saturday, February 4th, we will pack up and head to Talequah for an evening at The Branch. This restaurant and bar offers a beautiful dining atmosphere with a full menu with nachos, pasta, steak, and seafood. In addition to the gourmet food, The Branch offers a full bar with an extensive wine list. The Branch is at the center of town and nestled on the bank of Talequah Creek. The restaurant is frequented by students from Northeastern State University that is a stone's throw away. 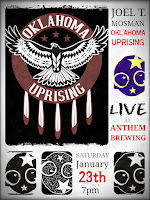 When Oklahoma Uprising began last year, we wanted our music to be versatile. We blended elements of rock, folk, blues, and other genres to create a style that could be easily manipulated to accommodate any venue and appeal to a wide range of listeners. I have also been a solo performer for many years. Our first band gigs verged on the harder, dirtier side of Americana- music that might go along with the Drive-By-Truckers or some of Tom Waits bluesier repertoire. For our upcoming shows at Anthem and The Branch, we will be cooling things off a bit for a sound that leans more on the mellower side of Americana. These performances will include a portion of the show where I perform solo.
Some other things we look forward to are shows at the Wormy Dog Saloon in Oklahoma City on March 16th, a show at the beautiful Burford Theater in Arkansas City, KS on April 8th, and an album release party some time in the spring (likely in OKC). In addition to our live performances, we will start to explore live STREAM performances. We have been researching to find out how we fit in the digital music scene and we hope to offer live stream shows starting on Facebook and then moving to other platforms. We will also explore other possibilities with more frequent single and video releases. Times are a-changin’.
We can’t do anything without the support of family, friends and fans. We love you and appreciate everyone who has listened, liked, shared, and attended shows. We value your continued support. Please continue to help us by spreading the word about Oklahoma Uprising, sharing our Facebook, Twitter, Instagram and websites. Show our music to a friend who you think would enjoy it. Tell people to Google us. It takes a lot to create and perform music and we need all the help we can get!